Seen through the eyes of Fernando Astete

Fernando Astete is a Peruvian anthropologist who dedicated more than 30 years of his life to the investigation, conservation and protection of the Sanctuary.  He shared with us what Machu Picchu means to him, and through his pictures, this project aims to bring light to various events that occurred and  significant stories behind those invaluable pictures.

To Fernando, visiting Machu Picchu is in itself an experience once must have in order to understand the beauty and meaning that it holds. The first time Fernando set foot in Machu Picchu, he was only a young boy Scout. His school had organized an excursion for a group of students. His first experience was a memorable one for him and his friends as they were warned to stay alert for the likes of deadly snakes and insects as they set up tents and prepared for the adventure.

Being “children of the mountain” they were not used to such environment. Thus, after reaching the site and setting up their tents, they were forced to run to the river in order to get wet and avoid mosquitos and insects. For him however, that experience was short but beautiful. He not only experienced something new with a group of his friends, but he got to see all the monuments in the Llaqta that were barely visible at the time, as he went up to Intihuatana (sun clock) and a walked around few squares. 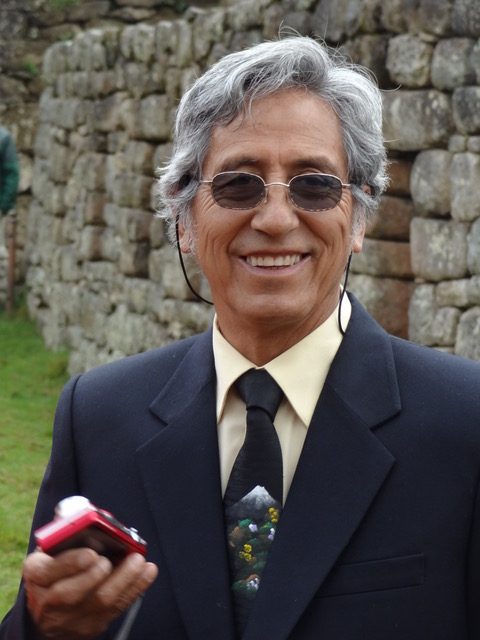 On his second visit to Machu Picchu, he was in high school. By then, him and his friends were very sportive, and were climbing up and down mountains skillfully and with ease. It was during that visit, that the Intipunku (sun door in quechua) offered to him a beautiful view of Machu Picchu.  After the years passed, it was after his studies, in 1961, when by chance, his university professor, Manuel Chavez Ballon, called him to take charge of the citadel for a season. He accepted the challenge and stayed, and rest as you say, was history.

After few years of service, Fernando had developed his own observation point (point of view), in relation to his personal relationship to the mountains. He is able to see things that a simple tourist in Machu Picchu perhaps cannot see. He had the great opportunity of living by the door of the sanctuary which meant many times after the tourists were long gone, the citadel was a place solely for him: “It was a very nice location that is located on the back of the” “Tres portadas” sector, that has small buildings and a large carved rock. It is  a place that leads to meditation and rest. It makes you think, when you are there, you have a spectacular view of the river from the “Llaqta” he explained. 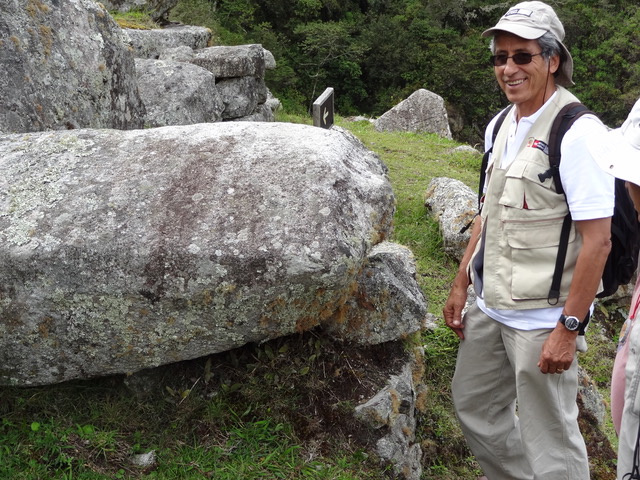 The observation point is a fundamental topic in Machu Picchu, where you are, what you see, what your horizon is, how many people can be with you and why you are there, are vital questions to be answered. There are paths that everyone can take, while there are some paths that nobody is able to notice at first visit. When you take those unbeaten paths, you become invisible and that allows you to develop your individuality in relation with the mountains and skylines in a special and unique way.

The exceptionality of Machu Picchu doesn’t result only from the place itself, but its people too. Fernando describes Andean people as a communal corporative union. Everyone knows and cares for each other’s well-being in any way they can; for example sharing of food between neighbors, aid with construction work, acts of friendship and gatherings are common, so common that even if a couple is getting married the neighbors and the family help to build their house for them. 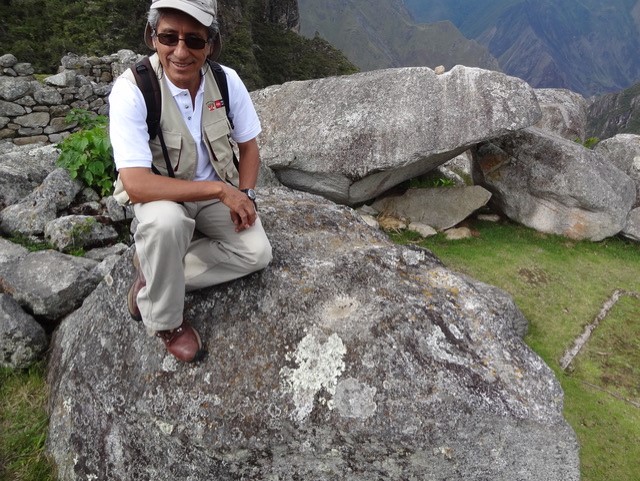 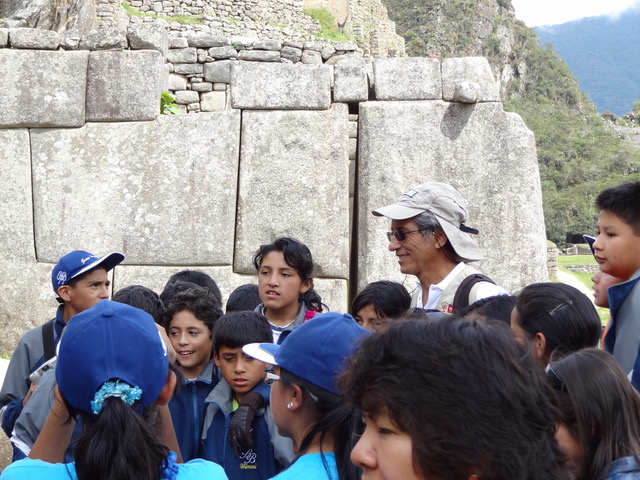 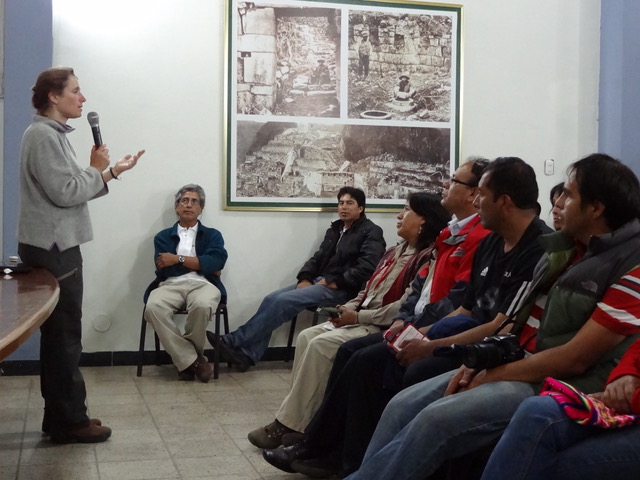 To Astete, this sense of community that he observed made him wonder how Macchu Picchu was built. He knows that in the Inca times, there was a reciprocity in working. The state was responsible to provide people with basic needs even in scarcity and they paid back with labor; “If people were not going hungry, they were capable of thinking”, he says.

“For us it is the maximum expression of Andean architecture, it is the symbiosis between human work and nature, how to work without affecting the environment“.

The collaboration involved horizontal and vertical cooperation among the people and followed a single common goal. The way they did things in common generates a universal challenge, there was not individualism, there was a common will. Many centuries later, the sentiments of the Andean people still remains and lives in Machu Picchu. In a certain way, everyone currently involved in the preservation, maintain their work to the best of their means and capabilities.

One of these sentiments would be the very special relationship that the Incas had with the sun. Their vision was to use the mountain instead of the bottom of the valley to receive sunlight. They had the belief that the sunlight gave them energy, that it purified them up and that they were able to do greater things, essentially it was what made them better people. 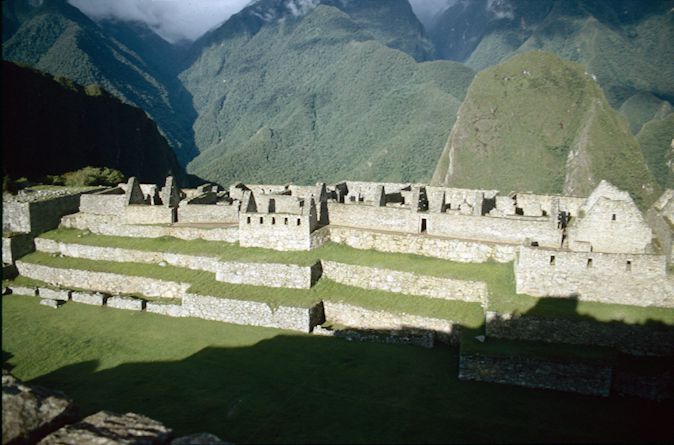 In 2013, a Mexican Orchid Society baptized a new species in honor of Fernando (EPIDENDRUM ASTETEI), in recognition of his work for the site and for Peru as a whole. Astete maybe retired now, but he is still recognized as the old brother of the site. Recalling this honor, Fernando stated:

“It wasn’t just a tribute to me, it is in the name of all of us who worked, I would not have had any recognition if it had not been for the effort of all the people involved, from the humblest worker to the more advanced one. Everyone supported the conservation work, because we decided to study Machu Picchu to contribute to the scientific knowledge of what it represents for the Peruvians”.